We are men, women, children, plumbers, electricians, businessmen and women, students, teachers, motorcycle riders, athletes, artists, young, and old, but most of all we are family.

The Purpose of God

We affirm our belief in the one-eternal God, Creator and Lord of the world, Father, Son and Holy Spirit, who governs all things according to the purpose of his will. He has been calling out from the world a people for himself, and sending his people back into the world to be his servants and his witnesses, for the extension of his kingdom, the building up of Christ’s body, and the glory of his name. We confess with shame that we have often denied our calling and failed in our mission, by becoming conformed to the world or by withdrawing from it. Yet we rejoice that even when borne by earthen vessels the gospel is still a precious treasure. To the task of making that treasure known in the power of the Holy Spirit we desire to dedicate ourselves anew.

The Authority and Power of the Bible

We affirm the divine inspiration, truthfulness and authority of both Old and New Testament Scriptures in their entirety as the only written word of God, without error in all that it affirms, and the only infallible rule of faith and practice. We also affirm the power of God’s word to accomplish his purpose of salvation. The message of the Bible is addressed to all men and women. For God’s revelation in Christ and in Scripture is unchangeable. Through it the Holy Spirit still speaks today. He illumines the minds of God’s people in every culture to perceive its truth freshly through their own eyes and thus discloses to the whole Church ever more of the many-colored wisdom of God.

The Uniqueness and Universality of Christ

We affirm that there is only one Saviour and only one gospel, although there is a wide diversity of evangelistic approaches. We recognise that everyone has some knowledge of God through his general revelation in nature. But we deny that this can save, for people suppress the truth by their unrighteousness. We also reject as derogatory to Christ and the gospel every kind of syncretism and dialogue which implies that Christ speaks equally through all religions and ideologies. Jesus Christ, being himself the only God-man, who gave himself as the only ransom for sinners, is the only mediator between God and people. There is no other name by which we must be saved. All men and women are perishing because of sin, but God loves everyone, not wishing that any should perish but that all should repent. Yet those who reject Christ repudiate the joy of salvation and condemn themselves to eternal separation from God. To proclaim Jesus as “the Saviour of the world” is not to affirm that all people are either automatically or ultimately saved, still less to affirm that all religions offer salvation in Christ. Rather it is to proclaim God’s love for a world of sinners and to invite everyone to respond to him as Saviour and Lord in the wholehearted personal commitment of repentance and faith. Jesus Christ has been exalted above every other name; we long for the day when every knee shall bow to him and every tongue shall confess him Lord.

Our Statement of Belief 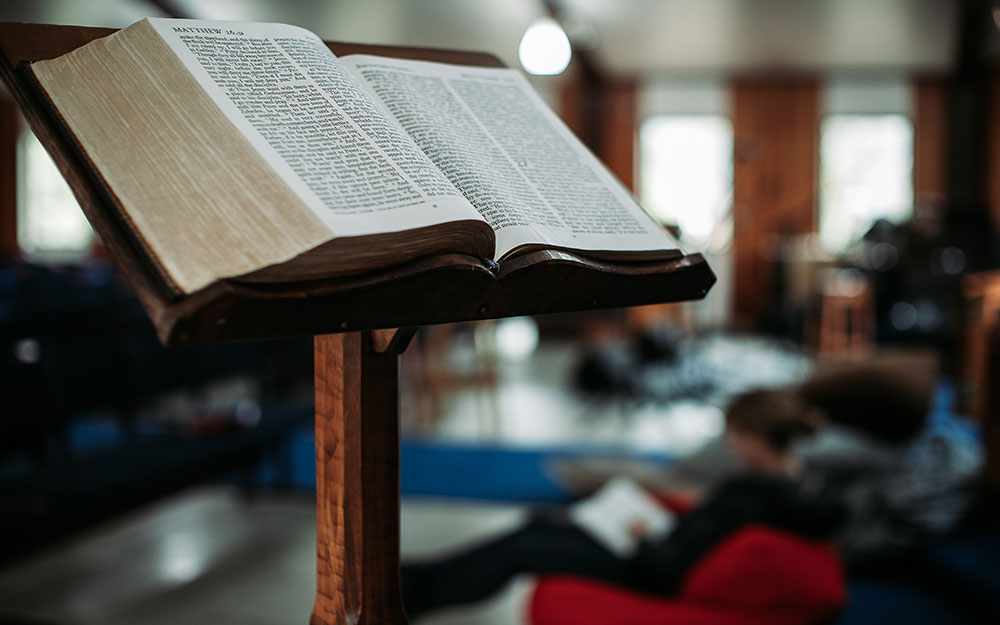 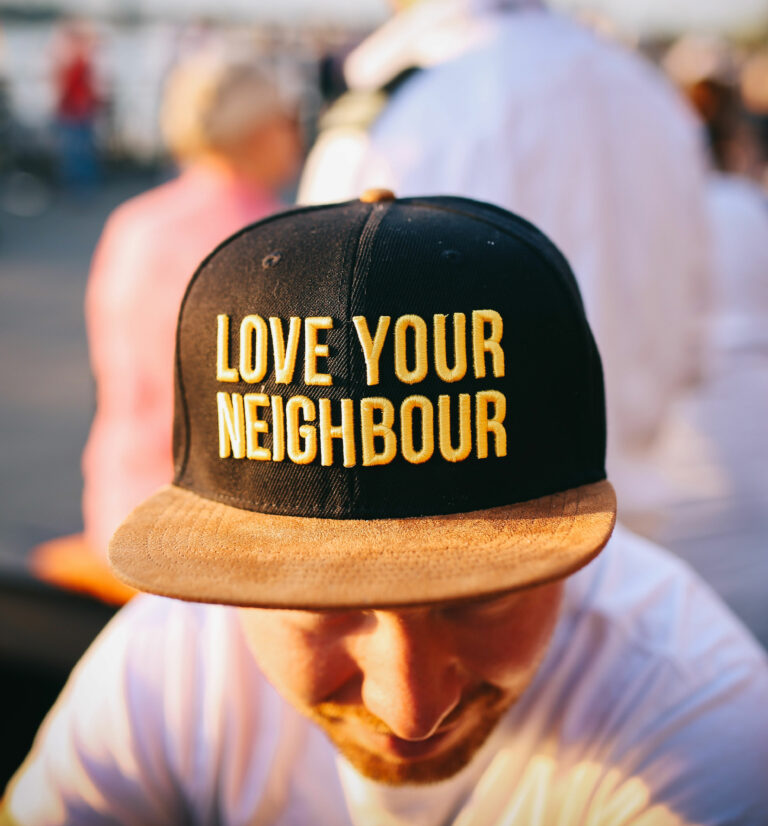 To honor and glorify God by obeying Jesus' command to make disciples of all people groups. We accomplish this through our Mission and Core Values.

To reach the lost, restore the fallen, build the believer, serve the community, and exalt the Savior

Teaching believers through the Bible how to love God and love their neighbors as themselves.

Sending those believers back out into the world to share with others the story of how Jesus saved them.

To be an impactful Christ-centered church that demonstrated Godly love through exemplary service to the community in order to reach the masses.

And He is the head of the body, the church, who is the beginning, the firstborn from the dead, that in all things He may have the preeminence.

Church History
The History of Carey Hill Baptist Church, Inc.
June 22, 1890 – June 25, 2017
Our ancestors, needing spiritual uplifting from their daily trials, began meeting deep in the woods between ditches, not more than a mile from our original site on Garrett Road. They began to worship God in what became known as a brush harbor, a construction of logs, pine needles and mud. This was a place where they could strive and give God praises.
The date is not known when they moved from the brush harbor to the little schoolhouse above the Carey Hill Pond. On June 22, 1890, our ancestors organized the Carey Hill Baptist Church, naming it after the pond.
Reverend Edmond Gardenhire, Reverend Lewis G. Gardenhire, Reverend Peter Latson and Reverend Gus Lockhard were ordained ministers at our mother church, Bethany Baptist Church, Clarks Hill, South Carolina were assigned as overseers of the newly formed Carey Hill Baptist Church along with the church founders, Deacon Robert B. Cooks and Deacon Lawrence O’Bryant were ordained Deacons assigned also.  The other founding members were: Sister Mary McKie, Sister Julia Kenner, Sister Florine Garrett, Sister Katherine Cummings, Sister Lizzie Kenner, Sister Joyce Holmes, Sister Laura Holmes, Sister Margaret Holmes, Sister Betty Mitchem, Brother Shade Henderson, Brother Charlie Glover, Brother Griffin Mitchem, Brother Jack Cummings, Brother Gilman Holmes and Brother Hampton Thomas.  The Reverend Lewis G. Gardenhire preached the organizing sermon, “Upon this rock I’ll build my church” which was taken from St. Matthew 16:18, “And I say unto thee, that thou art Peter, and upon this rock I will build my church and the gates of hell shall not prevail against it.”
In 1892, the present land site (on Garrett Road) was given to Reverend Robert W. and Lizzie Kenner by Mr. Jim Garrett, father of Mr. Henry Garrett. The land was given for “colored people worship services only!” We believe that Reverend Robert W. Kenner was the first pastor of Carey Hill Baptist Church.   In 1893, evidence shows that Rev. Gus Lockhart was the second pastor.  The first building was erected under the leadership of Reverend D. W. Mitchem and reseated under the leadership of Reverend Clarence Middleton. Much of the history was lost in the fire of the church and was reconstructed from the memory of members of the church (February 1970).
Through the years, we have grown through faith, fellowship and community. For a time our church went through a period of transition until we entered into a new era with renewed faith, life and hope for our church and community! In December 7, 2014, Rev. Brandon L. Dotson was elected pastor and he officially begin January 1, 2015.  Under Rev. Dotson’s tutelage several new and current  ministries have flourished.
Like our fore parents, we will continue to be soldiers marching forward to carry out the vision and mission God has charged us with.

We hope to see you soon. 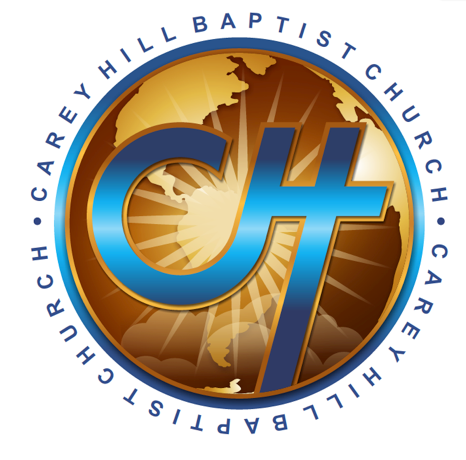